No end to debt crisis for UK’s retirees 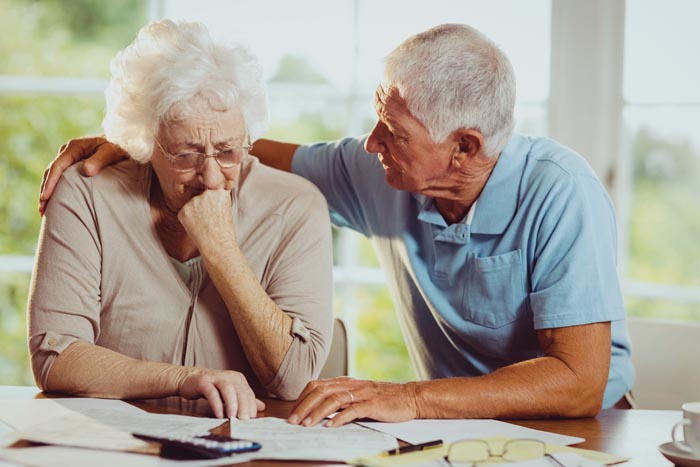 According to research from AOL Money, the average homeowner in retirement owes £34,000 in outstanding mortgage balances, credit cards, loans and bank overdrafts.

Those of us still paying a mortgage in later life know only too well the impact it has on a limited retirement income.

The situation is even worse for 1 in 14 retirees who still have more than £100,000 to pay on their mortgage. The 70 – 74s are being stretched the most, with this age group forking out the highest monthly repayments of £710 on average.

For years now the press, economists and financial companies have been warning about the ‘interest-only time bomb’, which is causing a huge debt issue for thousands of retirees.

Unlike repayment mortgages, interest-only mortgages allowed many people to purchase properties whilst only paying off the interest each month, meaning the monthly payments were lower. At the end of the mortgage term, the homeowner would have to come up with the funds to repay the amount originally borrowed.

In September 2015, Citizens Advice warned that “time is running out” for almost one million people whose interest-only mortgage terms were coming to an end soon with no strategy in place to repay their outstanding loan, stating they could face repossession.

The downward spiral of debt

Another repeat offender for debt problems is the dreaded credit card.

Most of us only intend to use them for smaller or one-off purchases and unexpected costs when needed, often with the intention to repay in full at the end of the month. However, a large grocery shop here, a car repair bill there can soon start to add up.

In a surprisingly short time the crippling interest rates lead to more debt accruing on the cards. In time, the minimum repayments grow bigger and eat further into our disposable income every month.

The data revealed that people today in their late 70s have average credit card balances of £11,000. With those kind of debts, the minimum repayments can easily be in the hundreds of pounds every single month.

Could your pension fund solve your problem?

For those with a pension fund that you have contributed to throughout your career, then speaking to a Retirement Line annuity specialist is an important step, as we will be able to discuss some options available to you that could perhaps help.

These might include using your tax-free lump sum from your fund to help settle debts, or arranging a fixed term annuity to access some of your money now without drawing an income just yet.

Of course, it is important to leave as much of your fund as possible untouched so that you can benefit from a bigger income during your retirement. If you choose to go down this route, then exactly how much you withdraw from your pension pot depends on: your fund size, how much money you need right now, your future income wants and needs, and if there are any restrictions in place by your current provider.

There may be alternative methods available to you that could help you to resolve any debt issues or to help you raise cash. If you are at all unsure, you should seek advice from a regulated financial adviser.

If you are due to retire soon then make sure you speak to an annuity specialist about your retirement income options before making any decisions. Call 0800 652 1316 to discuss your options and to receive your FREE retirement options report.

Retirement Line work on a non-advised basis.  If you are at all unsure of which options suit you, you should seek regulated advice.