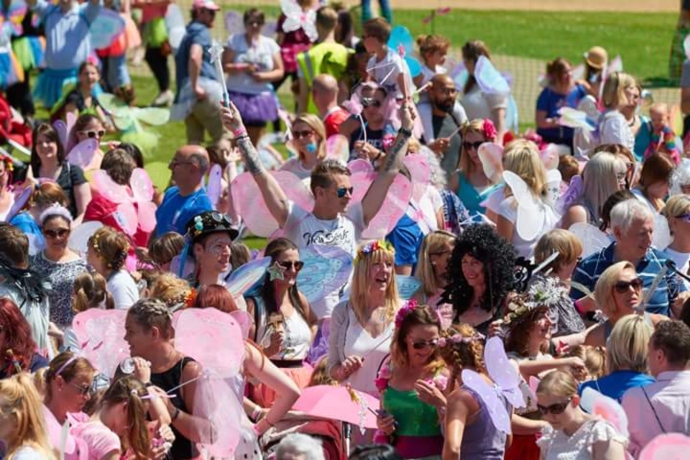 We’re really proud of all our staff here at Retirement Line, many of whom go above and beyond to help improve the lives of others. One of these is Matthew Summers, an Annuity Specialist and long-standing member of our team who recently boxed and ran his way to raising over £1,000 for charity.

Matthew pulled on his boxing gloves for an ‘Ultra White Collar Boxing’ match to raise funds for Cancer Research UK. After eight weeks of intensive training at his local boxing gym, Matthew competed against several opponents in front of thousands of spectators in a ring, and we’re proud to say he won his fight – just as he did in a similar event in 2016.

“My inspiration for taking part in the fight was my best friend’s fiancé, who was sadly diagnosed with cancer early last year,” Matthew explains. “Originally it was thought that the chemotherapy was working, but when they began operating it was clear that the cancer had spread, and she was given 18 months to live.

“Even though I’m unable to do anything to change her life, I want to try and make a difference to future generations by raising money for Cancer Research UK.”

Support for families affected by cancer

Shortly after his boxing adventure, Matthew came across a local charity called Anna’s Hope. They work with the patients and families of those diagnosed with a brain tumour, especially in early childhood.

Matthew took part in the Great Eastern Run half marathon to raise funds for Anna’s Hope. He completed the 13.1 miles dressed as a fairy, which is something of a theme for the charity. It holds the Guinness World Record for the ‘largest gathering of fairies’, with 878 people dressing up in wings and tutus at a gathering in front of Peterborough Cathedral in June 2018. Matthew was there, of course!

“Being a parent myself, I can only imagine what it must feel like to lose a child,” Matthew says. “As well as supporting families affected by brain tumours, Anna’s Hope work to raise awareness and sponsoring research to find a cure.”

Fundraising for the events, which combined have raised more than £1,000 for cancer charities, was carried out using the online donation platform JustGiving. Colleagues from Retirement Line provided sponsorship and messages of encouragement.

Matthew now has even more ambitious challenges lined up. He plans to enter the Rat Race, the world’s largest obstacle course with more than 200 obstacles over a distance of 20 miles. There’s even a skydive on the list too, and Matthew remains keen to take part in the London Marathon and will continue to apply for a place in the ballot.

“Seeing first-hand how cancer can affect not only the lives of sufferers, but also of their friends and family, has made me feel really grateful that I am fit and healthy,” Matthew admits. “Going forward, my aim is to complete at least two challenges a year, and raise as much as I can for a variety of cancer charities.”

Contributing to the local community

Retirement Line is committed to supporting worthwhile charities, groups, clubs and individuals. We are also proud of all our staff members who raise money for local causes. To read more about the projects we support, visit our Community Matters page.