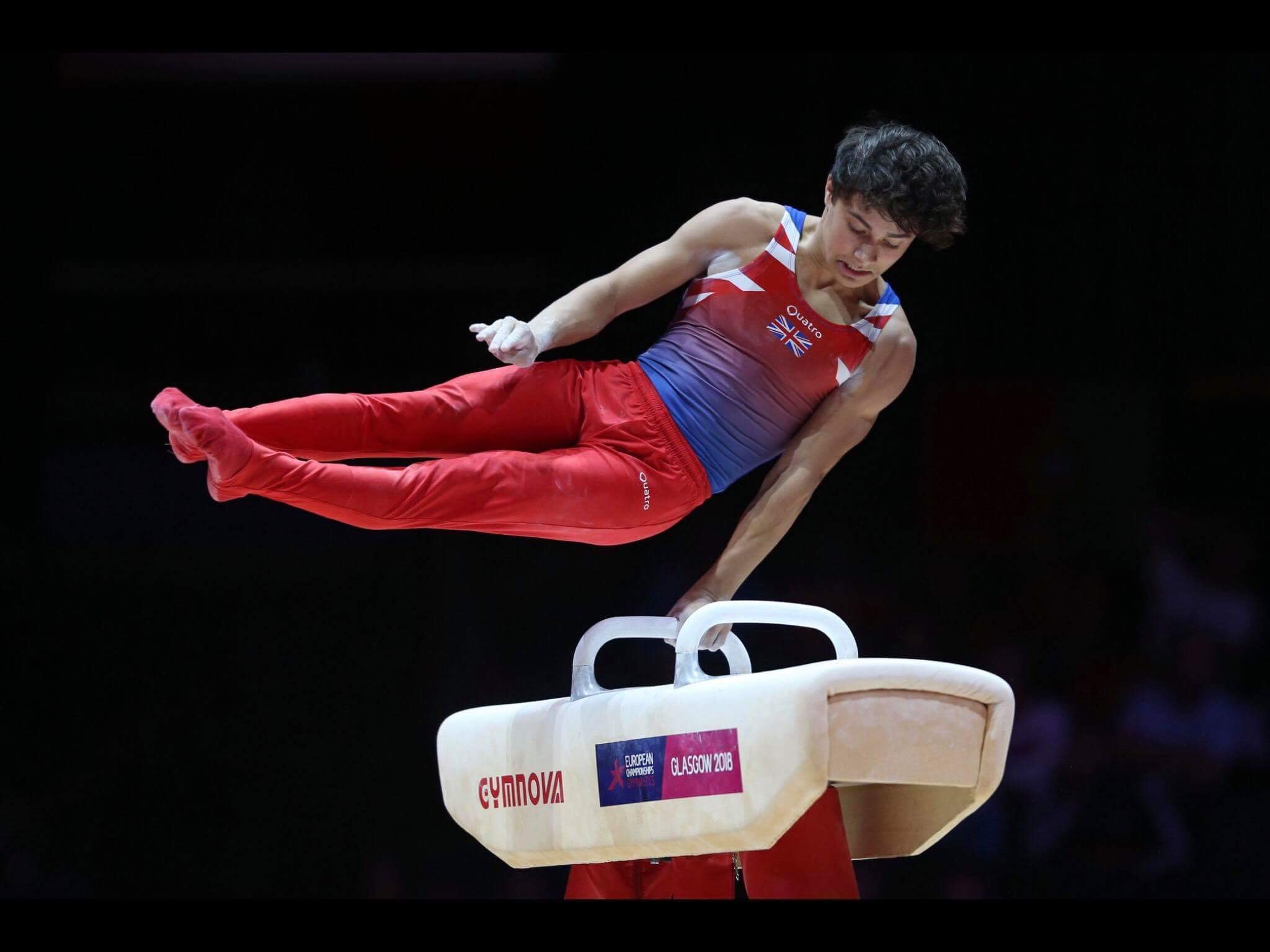 Last year we reported on the continued success of Jake Jarman, a promising young junior gymnast and the son of one of Retirement Line’s Annuity Specialists, Tony Jarman. Eight months later, we catch up with Jake to find out how his career is progressing.

As part of the British Gymnastics Olympic programme, Jake has been selected for additional, focused support given his great potential. His current training pathway has been designed to give him the best possible chance of qualifying for the 2020 Summer Olympics, to be held in Tokyo, Japan.

To aid in his training efforts, Retirement Line donated £400 towards the purchase of a new vault at Huntingdon Gymnastics Club, where Jake trains six days per-week. The new vault has not only benefited Jake, but a further 200 gymnasts who use the club and have the required level of ability to use it safely. The vault leads onto a mat, rather than into a pit, to mimic competition conditions.

At 17, Jake is now one of the eldest competing gymnasts at his club, with other members looking to him for inspiration and support. The Elite Squad with which he trains consists of just 12 gymnasts.

As his training progresses, Jake will spend an increasing amount of time away from home at training camps and competitions. He has even negotiated a reduced timetable with his school to maximise training opportunities.

Tony recalls that Jake always had a lot of energy, even as a child: “He was always bouncing off walls and running into tables. We tried several activities to wear him out, but it was his nan that took him to the local gymnastics club who quickly realised he had a natural talent.

“Jake then began training at Huntingdon Gymnastics Club, an established gym able to support his development, and he has never looked back.”

Looking to the future

Jake is currently preparing for the British Championships to be held in Liverpool in March 2019. This will be his last event as a junior gymnast before moving up to full senior level competition, a year ahead of his age.

This year, Jake will also look to secure a spot in the World Cup competitions, along with other events that will qualify him for consideration for the 2020 Olympic Games.

Contributing to the local community

Retirement Line is committed to supporting worthwhile charities, groups, clubs and individuals. We are also proud of all our staff members who have helped us to raise money for local causes. To read more about the projects we support, visit our Community Matters page.